After 28 years of dedicated service as the Area Sales Manager for Wales, Paul Walkden leaves IAE this week to begin his well-earnt retirement.

Paul first joined IAE in 1993 and since this date has worked relentlessly to expand the dealership network across Wales and has built many long-standing relationships between himself and his customers. The result of Paul’s hard work means that during his time with IAE he has more than doubled the turnover for his area and he has enjoyed working within a family run business that has seen substantial growth over his period of service.

Paul has always been an excellent asset to IAE but proved to be a trailblazer when fixed cattle handling systems first became popular in the UK livestock industry. He was the first Area Sales Manager to design and install several systems across Wales. His in depth understanding of the flow and movement of livestock has enabled him to become a fountain of knowledge that many of his colleagues at IAE often turn to for guidance. During his time at IAE Paul has made brilliant relationships with his colleagues and will be sorely missed by everyone as he heads into his retirement.

Outside of work, Paul has always enjoyed writing and collecting art, as well as doing lots of volunteering for charity. Upon his retirement he plans to spend more of him time volunteering at the Nature in Art Museum and at his local Wildlife Trust, as well as seeing a lot more of his grandchildren.

On behalf of everyone at IAE, we want to congratulate Paul on a brilliant service of 28 years and wish him a very happy retirement. 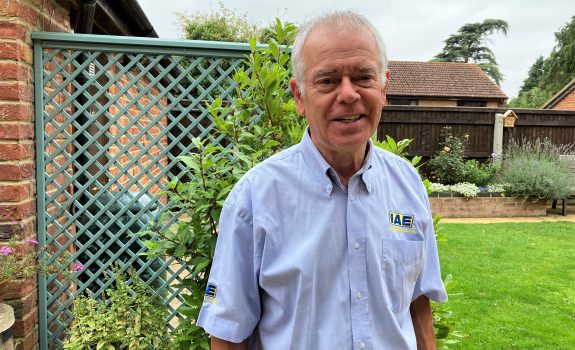