This week we congratulate and bid a fond farewell to Lee Scragg as he leaves IAE to begin his retirement.

Lee has worked for three generations of the Klucznik family over his career. He first joined IAE straight from high school, having just turned 16 and completed his O-levels (GCSE’s) in the summer of 1978. At this time, he was only the 16th employee to join IAE and he started out as an apprentice on day release in the fitting workshop. The next five years would see Lee complete his Apprenticeship as well as a Higher National Diploma, whilst also assisting in supervising the fittings area and setting up the workshop at Macclesfield Road. 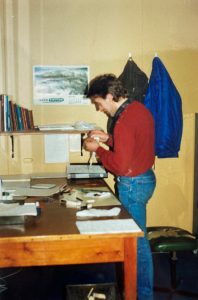 Lee’s commitment to the company was clear from day one, which didn’t go unrecognised by Frank Klucznik Snr., who in 1983 asked Lee if he would like to join the Drawing department, based within the main office. Following on from this, he took on the role of Drawing Office Manager before moving into Special Projects.

The Special Projects department, which is now known as Bespoke Solutions, was to be where Lee would spend most of his career with IAE. He has overseen some of IAE’s largest and most prestigious projects which have included new dairy units, work for DEFRA, Cattle Markets, Universities, Royal Farms and much more. Having worked his way through the department to become Senior Project Sales Manager, with an enthusiastic and ambitious team below him, it is a career highlight of Lee’s that he has been able to create such a successful and sustainable department.

The Special Projects Department has enabled Lee to meet some high-profile people over the years. Having worked closely alongside Welshpool Livestock Auctions to redesign their livestock market, Lee was invited to attend the official opening of the Market where HRH the Queen and Prince Philip were also in attendance. 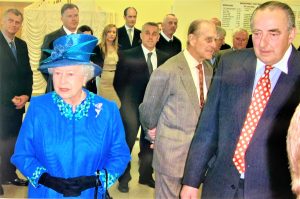 Looking forwards, Lee will be spending his well-earned retirement motorcycling, gardening, walking and most importantly with his granddaughter (and hopefully many more grandchildren in the future).

On behalf of everyone at IAE, we want to congratulate Lee on a fantastic service of 43 years and wish him a very happy retirement. 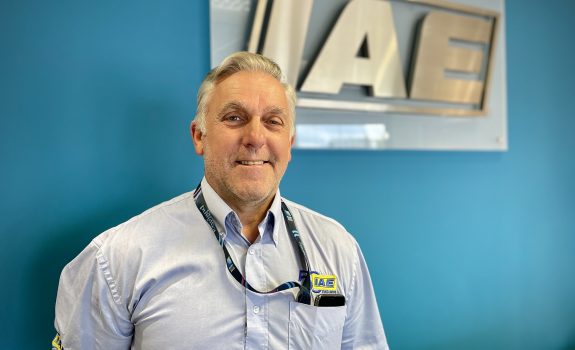