Hereford Market is no stranger to its royal connections with the Royal Family ,which dates back to 1597, when Queen Elizabeth I granted a charter for Hereford which stated that the market should be provided ‘forever’ and this was the only legal constraint that ensured that the new livestock market at Roman Road was constructed.

The next royal connection to the market took place in 1957 when Queen Elizabeth II, opened the newly constructed Langford Sale Ring and Building, one year after the market’s centenary in 1956

Wednesday 15th January 2014 was not exception when it was the officially opening day of Hereford Livestock Market by HRH Princess Anne, The Princess Royal.

The market was packed with customers and honoured guests, all very keen to catch a glimpse of Her Royal Highness, after a one hour tour of the facility conducted by Co-Chairmen of Hereford Market Auctioneers, Michael Evans and Richard Hyde, Her Royal Highness ended her visit with the unveiling of a plaque to commemorate the official opening day. 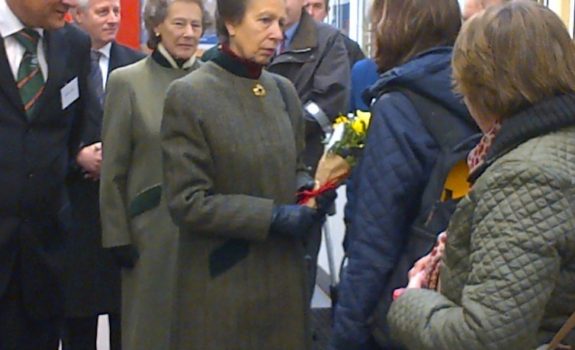