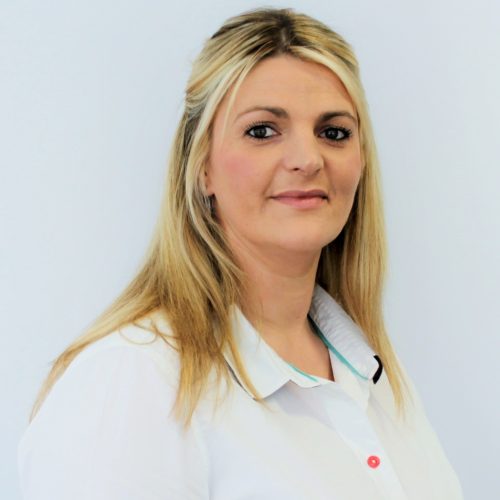 In January 2004 Katie left her former career and joined the family business. As the granddaughter of Frank Klucznik Snr. & daughter of David Klucznik (Chairman) she is the 3rd generation in the business.

Katie started in IAE’s transport division based at Mossfield Road planning and booking in deliveries throughout the UK. During this time Katie also worked in the customer service department, gaining a wealth of product and customer knowledge.

In 2005 Katie moved to IAE’s Macclesfield Road site in Leek where she joined & managed IAE’s equestrian department for several years, liaising with customers & working on small and large projects in all sectors of the equestrian market. Continuing her progression Katie became involved in the administration and accounts department, working alongside her mother Angela Klucznik.

In 2007 Katie turned her focus to the administration and accounts department where she worked with the team to develop the department and procedures, helping to reinforce IAE’s strong relationship with its customers both old and new.

In 2007 Katie was appointed Director alongside 4 other fellow Directors. Katie has a general overview in most areas of the business, her main focus remains on the accounting and financial side of the company, along with the day to day running of the business and planning for the future.